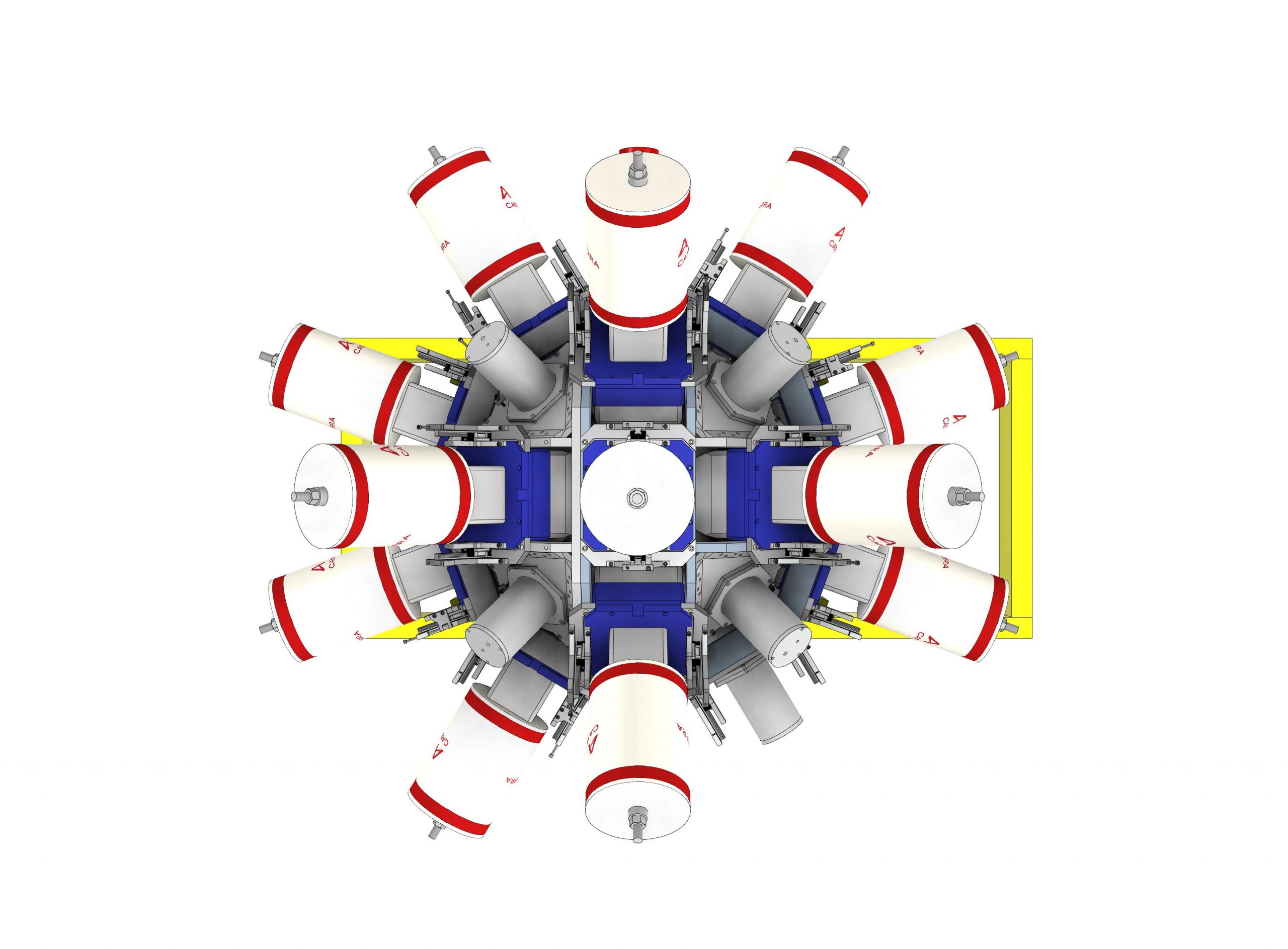 GAMKA to be the pride of nuclear research in the South

UWC-led consortium of four Universities (Stellenbosch, UniZulu, Wits and UWC) and iThemba LABS has been awarded R35 million by the National Research Foundation (NRF) for a new nuclear spectrometer. The Gamma Ray Spectrometer for Knowledge in Africa, dubbed GAMKA — the Khoisan word for ‘lion’ — will be housed at iThemba LABS in Faure and will be used to study a wide range of nuclear physics and nuclear astrophysics phenomena such as nuclear shapes, short nuclear lifetimes and gamma-ray strength functions.

iThemba LABS (the iThemba Laboratory for Accelerator-Based Sciences) is a primary centre of expertise in radiation medicine and nuclear science and technologies in South Africa.  As iThemba LABS’s existing detection equipment is outdated, a consortium of four universities – the Universities of the Western Cape, Witwatersrand,  Stellenbosch and Zululand – and iThemba LABS made a submission to the NRF to acquire new detectors. The upgrade will include four clover detectors made of high purity germanium and 17 lanthanum bromide detectors.

Smarajit Triambak, who holds the SARChl Chair in Nuclear Physics at UWC, says it should take a maximum of two years to install the new equipment.

“The spectrometer is actually a bunch of detectors that detect gamma rays, high energy photons’ light that is not visible to us, but is to the device. The detectors contain semi-conductor crystals, reasonably large in size, made of high purity germanium and stacked in a clover configuration.

“The germanium is very fragile and expensive so it has to be housed in a vacuum and cooled with liquid nitrogen at all times.  The other part of the spectrometer is the lanthanum bromide detectors, which are highly efficient and can detect more gamma rays for a given number of events,” says Prof Triambak.

Senior nuclear physicist from the Department of Physics and Astronomy at UWC, Robbie Lindsay, points out that the new detector system will be the only one of its size in the southern hemisphere which can perform experiments at a stable beam facility.

“Not just other universities in the southern hemisphere will be interested, but also those in the northern hemisphere, because a lot of the big facilities are moving towards radioactive ion beam experiments so this one, for stable beams, becomes more unique,” says Prof Lindsay.

The bidding consortium was led by Prof Nico Orce of UWC’s Department of Physics and Astronomy, who says it was a hard slog to get the submission exactly right. The process started more than five years ago but their initial submission to the National Equipment Programme was unsuccessful. Changes to the Strategic Research Programme, however, opened up a call for project proposals valued up to R35 million. The input from all partners in the consortium has meant that the submission describes the potential positive impact of the proposed spectrometer on the field of nuclear physics studies.

“The impact is that our training will become better. The promotion of internationally competitive research is key to a knowledge-based economy,” says Prof Orce.

“When the proposal was defended in front of the NRF, each consortium member committed to putting a certain amount of money into the project for doing research related to the device and for general maintenance. So the commitment is there to keep it going,” adds Prof Triambak.